Home > How To Sharpen Hockey Skates

Furthermore, all of this would have been for naught if you don’t know the basics. Now, by basics, we mean the radius of your hockey blades, the hollows, the state of your , and such. In short, these will be the topics we’re about to cover.

Things you need to know about how to sharpen

First of all, you need to know that maintaining your  is very important. Generally, most people don’t like to burden themselves with detailed cleaning processes, buying maintenance gear, and spending hours with the sharpener, but don’t be like most people.

In essence, maintaining your gear is always cheaper when compared to ruining your pair of skates and buying another. Additionally, sharpening your ice won’t just repair the damage. You’ll also be able to improve and customize your .

Generally, people who neglect their ice will have a set of damaged skates, and that’s an undeniable fact. First of all, let’s discuss the ways of how damage manifests.

Now, the skates are under a considerable amount of pressure, as they have to support the weight of the wearer. Even if the player is incredibly slim and light, the pressure is substantial. Now, what does this mean? Well, this means that your ice will “dig” into the ice once you set off.

So, how do you repair the damage done? Well, the best thing you can do is regular maintenance. If you’ve skipped this step, you’re left with a pair of dull blades, so sharpening your skates might do the trick.

Improving your ice with sharpening

Basically, most people think that the time when ice are the best is when they’re new. Now, even though this might be true in some cases, there are certain things you can do to even further improve the condition of your ice .

Namely, by sharpening your ice you can customize your experience. You can improve or reduce the bite, you can benefit from increased top speed, or reduce the strength required to slide across the icy terrain. We’ll explain the entire process in the “Hollows” section below.

In essence, the latest technology on the market regarding the ice hockey skate sharpening is a special form of a machine. Namely, this contraption is a rectangular (or trapezoid) machine that locks the skates in place while the grinding ring does the work.

First of all, you won’t have to tire yourself too much. All you have to do is simply buy (or borrow/rent) a sharpening machine and follow the instructions if they are provided. If not, you’ll just have to ask around or search for them on the web.

If you want to buy one, we recommend the brand Sparx. They have the best value home skate sharpener on the market. You can read our full review on them here. 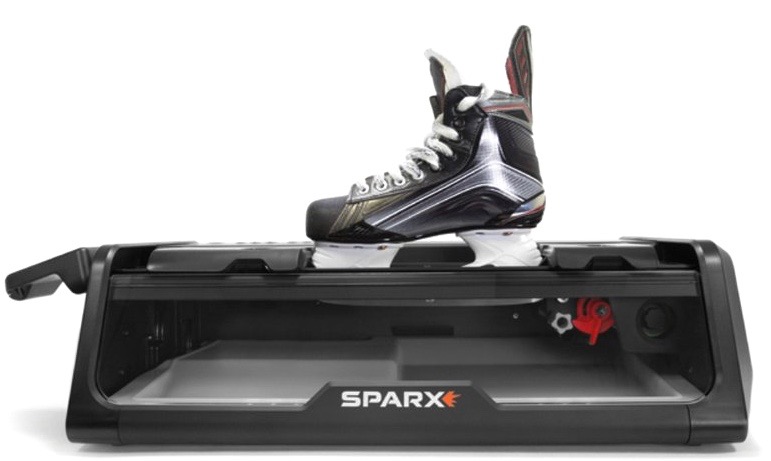 WANT $25 OFF YOUR PURCHASE?

Anyhow, there is some general advice we can offer you concerning the ice hockey sharpening machines. Now, most of these contraptions come supplied with a set of locks, a control pad, and the grinding ring compartment. Let’s see how these thingies work:

Basically, locks are supposed to keep your ice in place while the grinding ring does the work. Additionally, the locks can be automatic or manual.

In essence, the control pad lets you choose the speed of the grinding process, the frequency of grinds, and such. Most of the control pads are fairly easy to use. Additionally, the world-class leaders always provide detailed information about how to use their hockey skate grinding machines.

Generally, the grinding ring compartment is always in the center of the contraption. Now, this is where the grinding process is performed.

Hollows: Radius and how it affects the performance of

Basically, the hollows between the blades of your ice determine various factors, including your performance on the field. In essence, the length of the radius can be generalized and is often represented in fractions of inches (e.g. 1/2″, 3/8″, and such). 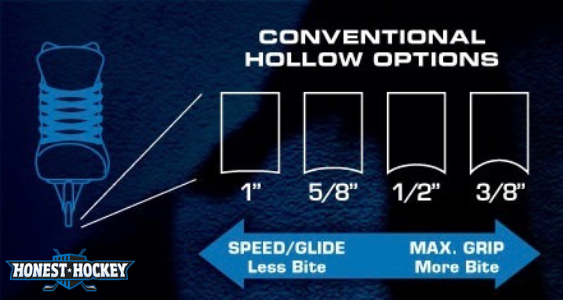 Generally, the smaller hollow radius is best suited for players who don’t weigh too much. Basically, light players won’t dig in the ice too much, so the small hollow radius allows them to accelerate explosively. Now, there are certain drawbacks concerning the small hollow radius. Namely, the players will have to invest larger quantities of energy and put in an extra effort. Additionally, their top speed will be reduced.

In essence, larger players often pick ice will a large hollow radius because of the superior gripping they offer. Additionally, the ice with a larger hollow radius have a flatter cut, allowing the player to achieve faster top speeds and skate more efficiently.

Now, one of the best things about the skates with this radius of the hollow is that the players won’t lose as much energy. Sadly, there are certain drawbacks here as well. Namely, the sharp turns will be harder to execute, and he acceleration will be somewhat limited.

Generally, most seasoned hockey veterans will advise you to use ice hockey sharpening machines to sharpen your skates. There are, perhaps, only a handful of alternatives, but they’re not exactly well-suited for beginner hockey players.

Now, we’ve only covered the “tip of the iceberg” here, and the reason for that is quite simple. Namely, the instructions on how to use various ice hockey skate sharpening tools are often unique to each product, so the general advice is often more than welcome.

In essence, we hope that we’ve shed some light on the topic of benefits and advantages concerning the ice hockey skate sharpening.

Want To Sharpen Your Skates at Home?

Use the code HONEST while checking out at Sparx Hockey to get $25 off Your Purchase.

See our reviews of best  here 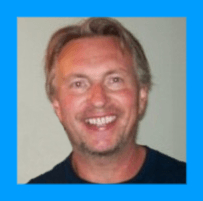 Ian Editor
Lead Writer , Honest Hockey
Honest Hockey is a website dedicated to bringing you the best information and resources to improve your hockey game. We are dedicated to bringing you the highest quality hockey gear reviews and industry news so that you’re up to date and know which equipment is best for your goals.
web
https://honesthockey.com
email
ian@honesthockey.com
follow me

Honest Hockey is a website dedicated to bringing you the best information and resources to improve your hockey game.

We are dedicated to bringing you the highest quality hockey gear reviews and industry news so that you’re up to date and know which equipment is best for your goals.

Honest Hockey is my opportunity to give back and use my knowledge of the game to help others make the best choices possible so all they need to do is play.

Thanks for reading, and contact me with any questions 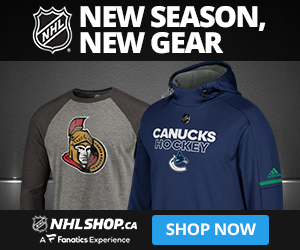